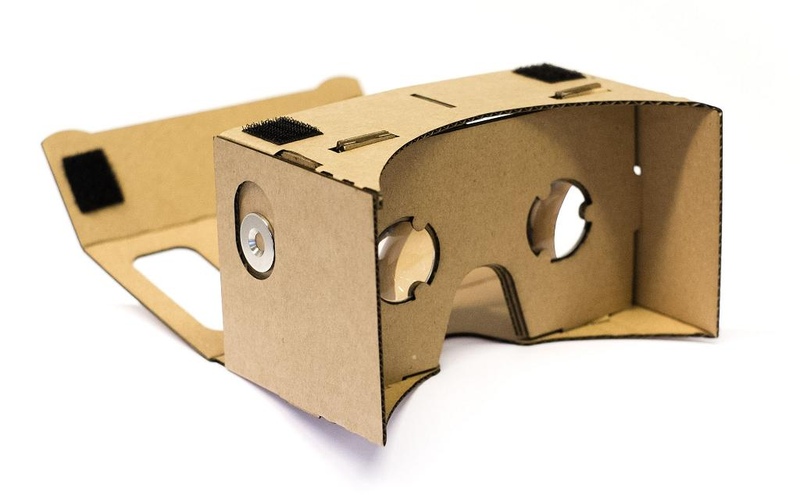 Cardboard is not an Oculus Rift, but Google’s 63p VR headset is accessible to just about anyone with a smartphone - in fact over 500,000 people are said to have adopted it. Developers have created over 24 apps which can be found in the newly-launched store to show-off the incredible feat the Google team has achieved with a piece of cardboard, two magnets, and a pair of lenses...

Just yesterday I had one of the best experiences I’ve had in some time as I base-jumped from a skyscraper and experienced a Jack White concert in 3D (not at the same time, unfortunately) all from the comfort of my sofa and a piece of cardboard pressed to my face.

Android Wear 5.0 is based on Lollipop, and has brought across some of Google's new 'Material Design' elements which allows the software to look even cleaner than it did before.

The number of apps available is set to grow even higher with Google's updates released yesterday. Updated SDKs for Android and the Unity game engine allow developers to create new applications for Cardboard easier than ever before. The Android SDK will handle everything from lens-distortion correction, head-tracking, and rendering for developers who opt to create their own apps using OpenGL, whilst those who prefer to use Unity can install the Cardboard SDK to create their own VR project using the popular game dev tool (or adapt an existing 3D project.)

Andrew Nartker, Google's product manager for Cardboard, wrote in a post: "It’s important to get these things right, but they can suck up all your time — time you’d rather spend on gameplay or graphics,”

He continues, “The SDKs simplify common VR development tasks so you can focus on your awesome, immersive app. And with both Android and Unity support, you can use the tools you already know and love.”

It's clear Google is serious about Cardboard, and is even hiring developers for it...

Another project which Google wants to lead the way in is the smartwatch. Their wearable platform, Android Wear, has already received several major updates but has managed to fit one more in yesterday before we come crashing into 2015...

Android Wear 5.0 is based on Lollipop, and has brought across some of Google's new 'Material Design' elements which allows the software to look even cleaner than it did before. This includes new fonts, use of bold to make items stand-out, and a new settings icon which gives a much-sleeker look. It will be interesting to test if “Project Volta” battery life improvements have also made the jump, but we’ll have to report back once we’ve had some hands-on time…

Behind-the-scenes, a new Watch Face API is also included. Developers were able to hack their own together before this release, but the feature now has official support. The latest update must have been in the hands of a select few partners for a while as faces are available from Red Bull, Pac Man, Plants vs. Zombies, Santa Racker, The Hundreds, Despicable Me, Craig Ward, Porsche, Rebecca Minkoff and more.

The Android Wear update is rolling-out now in stages, but it could take a while to hit your device so find yourself a Google Cardboard whilst you wait...

What do you think about Google's "Wearable Wednesday" updates? Let us know in the comments.