This wearable tech could help you with your public speaking 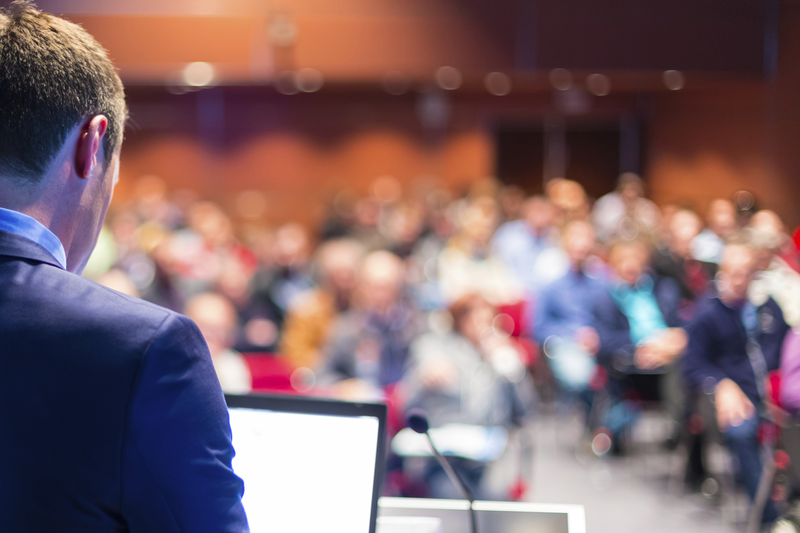 Here’s an interesting example of wearable technology: Researchers from the Human-Computer Interaction Group at the University of Rochester have developed a user interface for Google Glass which gives real-time feedback to public speakers on volume modulation and speaking rate.

The premise is straightforward. Given public speaking is often cited as a primary fear of many people – respondents in a 2013 poll said they feared public speaking more than they feared being buried alive – then it’s a good place to try and assuage their fears through real-time data.

The technology, named Rhema after the Greek for “utterance”, gives easy to comprehend data visualisation based on how loud your voice is and how quickly you’re talking. It also gives feedback in two word clumps, e.g. ‘LOUDER FASTER’, and has a calibrator app to give suitable targets whether your natural speaking volume is at Sooty or Brian Blessed levels.

Originally there were four metrics the researchers devised after consultations on Reddit forums, however the quadrant, with volume on the y-axis and speed on the x-axis was binned, as well as a plot graph visualisation.

Ehsan Hoque, a senior author of the paper “Rhema: A Real-Time In-Situ Intelligent Interface to Help People with Public Speaking”, said he used it himself. “My wife always tells me that I end up speaking too softly,” he says. “Rhema reminded me to keep my volume up. It was a good experience.”

Naturally there had to be a series of field tests alongside the theory, with willing participants asked to give talks on prepared topics with no feedback, bars feedback and words feedback. In this instance, the words feedback was more significant than bars with more pitch deviations from the speaker.

The researchers also tried to ensure the feedback was as unobtrusive as possible and were satisfied with the results, with no statistically significant different among the three groups on eye contact, use of filler words, being distracted and appearing stiff.

It’s worth noting one small flaw in the research, however: if you’re one of the two thirds in a 2014 survey who said they would be too embarrassed to wear Google Glass, then putting it on before taking to the stage might be a little counter-intuitive.

The next step is for the researchers to take the results to Toastmasters International. You can read the full paper here.

Bootnote: For those who didn’t grow up in the UK, Sooty was a teddy bear puppet with a fondness for water pistols who could only be heard when whispering in someone’s ear.