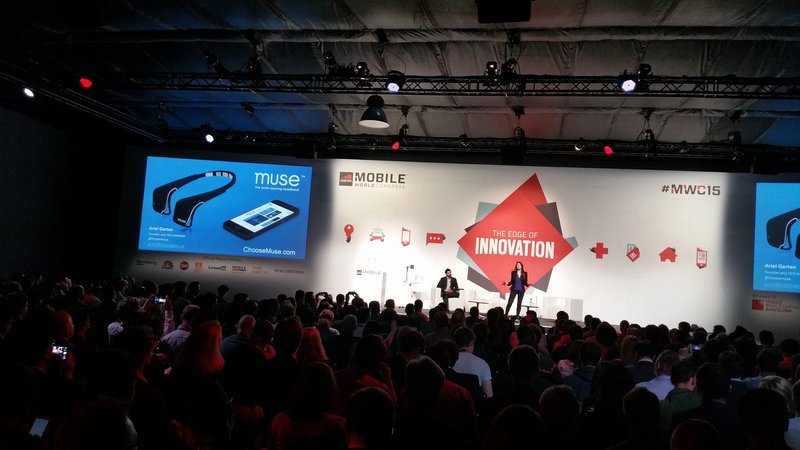 So far, these trackers have focused on things like heart rate and perspiration. The most important part of a person's wellbeing, however, is their mental state. No-one wants to hook into an ECG machine each time we make it off the couch, and so this is an area which has been left unexploited until the technology was suitable.

InterAxon released their 'Muse' wearable headband last year after smashing their funding target in an IndieGogo campaign. It's not a surprise that it received the response it did, considering 90% of people in a poll conducted by the American Society of Aging (ASA) said they believe their brain fitness can be improved.

In the same poll, more than 90 percent of adults age 42 and older view checkups for brain fitness as being important. Muse allows these checkups to be performed in the comfort of your own home and the technology used outside of health for areas like the Internet of Things and/or even as a controller for games and applications.

An SDK is available for developers, which our sister-site DeveloperTech intends to explore in more depth in the coming weeks. The main application for Muse is called 'Calm' and intends to invoke a sense of feeling which its name suggests in order to relax the user and provide an escape away from stress.

"60 - 90% of doctors' visits are due to stress-related illness. $63bn per year is due to lost productivity because you haven't slept well enough. Two billion people worldwide suffer from brain health challenges which has a trillion dollar impact to our economy" says Ariel Garten, Founder and CEO of InterAxon.

You can see a demonstration of Muse in action from our time at MWC this year below:

Although not positioned as a medical device, Muse is often recommended by doctors when patients visit to help deal with stress issues. Smartwatches might be taking most of the headlines at the moment, but this kind of device reminds us that other wearables are available and could offer some of the most important advancements to our lives.

Do you think brain tracking is the next big thing? Let us know in the comments.