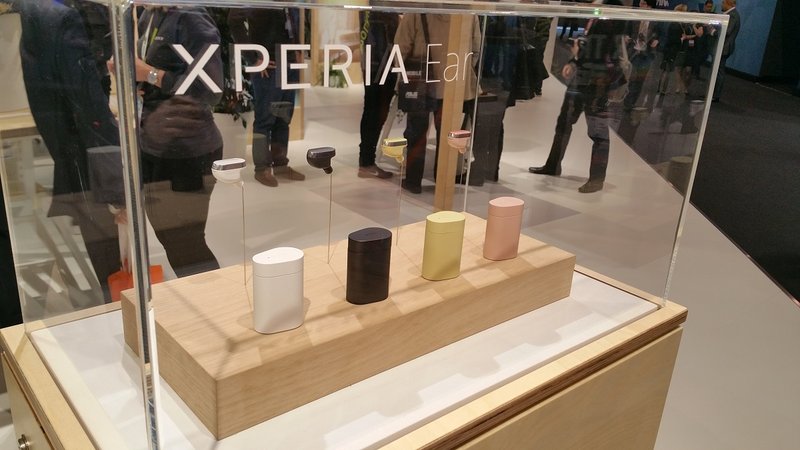 Sony is entering the hearable market, and has debuted the Xperia Ear during Mobile World Congress this year. In our short hands-on with the device, we have our concerns about its competitiveness.

The idea of a "hearable" which fits in the ear and provides voice access to local and web-based data isn't new – despite being a market with plenty of growth potential. Moto is on the second generation of its 'Hint' device, and Google is rumoured to be working on a device expected to be revealed in May during their I/O developer conference.

What links the Moto Hint and – if true – Google's hearable; is that information gets pulled from Google's services. Xperia Ear uses Sony's own voice assistant. Those who have compared Samsung's S Voice, for example, to Google Now will know it's difficult to match Google when it comes to interpreting and handling web-based information to such a high standard.

In our short time with the Xperia Ear, we tested its voice recognition, ability to send messages, and whether it can retrieve basic information like weather and the news. Voice recognition was great, and the sound was clear even in the busy halls of MWC. Sony's voice assistant will also request follow-up answers if the device requires more information about what to do next, or to clarify something you've said.

Weather information was also pulled as expected. You sometimes wonder about the weather outside when in the depths of conference halls; but a short query to Sony's Xperia Ear gave me the answer without a hitch. News, however, posed some problems...

After requesting today's news headlines – the device responded it didn't understand. Helpfully, a follow-up question asked whether I’d like it to search the web for the information. A few minutes later – of no response after requesting it to search – I came to a conclusion it wasn't happening. Xperia Ear isn't set to debut until Summer; which gives Sony time for ironing out some of these issues.

Design-wise, the Xperia Ear continues the great heritage of the entire Xperia-line. Swappable ear buds help to ensure a secure fit, and the case will acharge the device when not in use to ensure it lasts the entire working day. If the case sounds familiar, it's because that's exactly the system which the Moto Hint uses. Where it would have been advisable for Sony to be inspired by Moto is with voice activation – the Xperia Ear requires a button press to activate.

It's difficult to see why anyone would choose the Xperia Ear over the Moto Hint at this point, and Sony's decision to use their own voice assistant over Google's could be at their peril. Xperia Ear isn't out until Summer, and therefore we'll reserve final judgement until we have the shipping version in our hands. However, we have to admit, we may get distracted by Google's own hearable by then.

See the Xperia Ear and its companion app in our video.

Find out more information about the Xperia Ear from Sony's website here.

Do you think Sony's hearable-entry looks competitive? Share your thoughts in the comments.