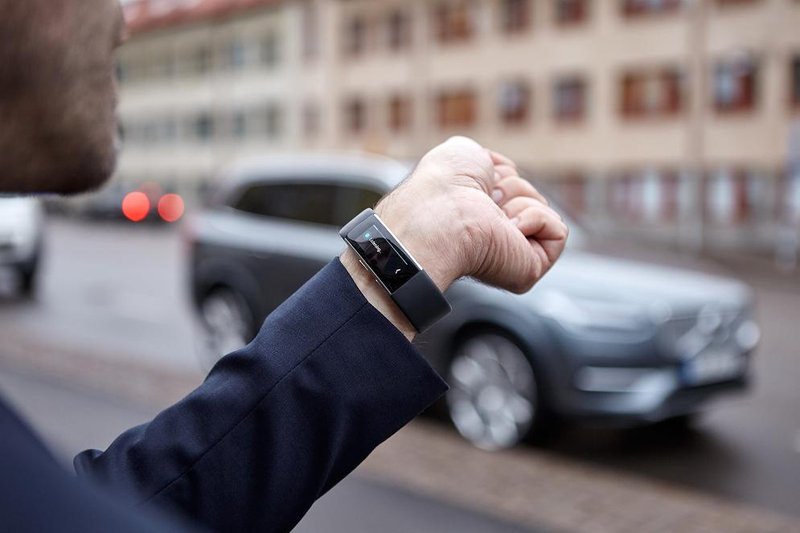 Microsoft and Volvo have been keeping busy in the connected car space, and have announced their work together on a system which allows for the control of your Volvo car using the Microsoft Band 2 wearable. In fact, going by CES this year, the whole technology industry has been looking for however they can get their name in this rapidly-growing space.

Klas Bendrik, Senior Vice President and Group Chief Information Officer at Volvo Car Group, says: “When innovating, we are not interested in technology for the sake of technology. If a technology does not make a customer’s life easier, better, safer or more fun, we don’t use it. Let’s face it – who hasn’t dreamed of talking to their car via a wrist-worn wearable?"

Starting from Spring, drivers of specific Volvo cars and users of the Microsoft Band 2 will be able to control the locks, start the car, activate the heater, or set the navigation, all using their voice.

We are not interested in technology for the sake of technology.

To achieve this, Microsoft's app for the Band 2 will integrate with Volvo's On Call mobile app. It continues a partnership between the companies which began last year when Volvo and Microsoft collaborated on a virtual showroom using the innovative HoloLens augmented reality headset (which is yet to be released.)

Peggy Johnson, Executive Vice President of Business Development at Microsoft, says, "Together with Volvo, we're just beginning to understand the potential that technology has to improve driver safety and productivity."

Volvo has delved into control of its vehicles from wearables in the past. The automotive giant has applications for both the Apple Watch and Android Wear which can perform similar functions as the Microsoft Band 2 integration; albeit without the voice control abilities.

Although specific Volvo models which the feature will be available on haven't been discussed yet, it seems like 'On Call' enabled cars - which released in 2001 - will be the ones to look out for.

Would you control your vehicle from a wearable device? Let us know in the comments.