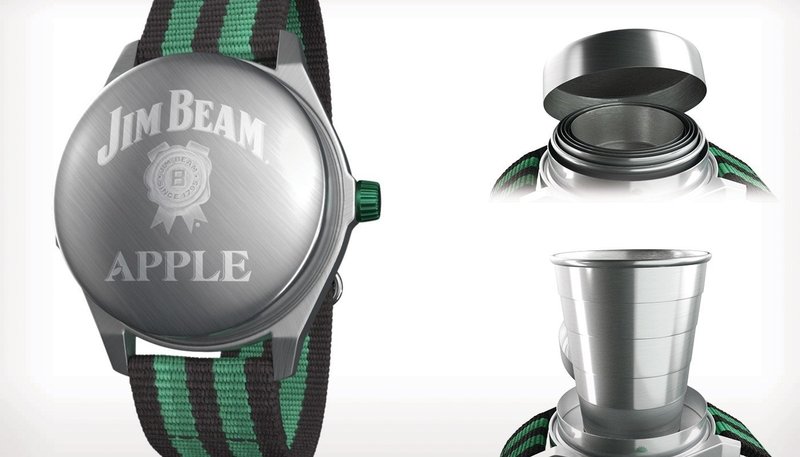 Whiskey brand Jim Beam has launched its own equivalent of the Apple Watch in what the company describes as “the most anticipated tech release of the year.”

The Jim Beam Apple Watch claims to be the world’s most innovative ‘drinkable wearable’ with the capability to open up a 1.5 ounce shot glass on the user’s wrist. The watch, which is available for a limited time, also boasts a ‘streamlined interface’.

“Critics may ask, ‘What good is a watch that can’t tell time?’” said Fred Noe, Jim Beam’s seventh generation master distiller in a statement. “We actually think we’ve created a watch that helps you make time. Who doesn’t want to make time for friends, family and a refreshing Jim Beam Apple shot or cocktail?”

Naturally, this statement is laced with a double shot of irony. Jim Beam is piggybacking on the much-publicised Apple event the previous night for its tongue-in-cheek product launch, with the firm’s Jim Beam Apple product range making it a legitimate reference point. According to AdWeek, Jim Beam worked with agency Olson Engage on the project. The two companies announced they were working together in January this year.

The product costs $17.99 – but crucially remains ‘temporarily out of stock’ on the company’s store page.