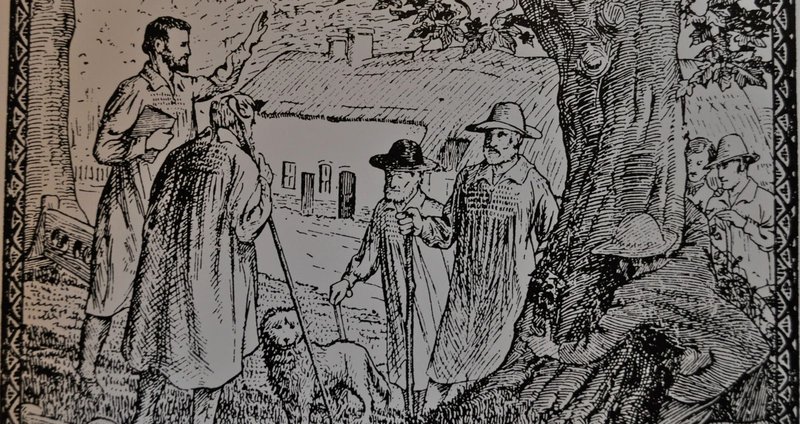 Adam Spearing, VP platform EMEA at Salesforce, has told WearableTech that he believes the uptake of wearable technology will be so rapid it will ‘make the smartphone revolution seem like the Tolpuddle Martyrs.’

Spearing was commenting as Salesforce announced a raft of updates to its Salesforce Wear platform, including a series of new hardware partners including Oculus, Jawbone and Epson, as well as new enterprise applications from ISVs.

“We see this as a big space,” he tells WearableTech. “We think this is going to be very exciting – a whole new revolution in the way people connect with their employees and customers.”

This gives the game away about Salesforce’s intentions in the space. While consumer adoption of technologies such as Google Glass dominated the likes of the Consumer Electronics Show at the start of the year, a lot of air time is being devoted to enterprise use cases.

Spearing sees fashion as a key indicator as to who will win market share in wearable technology, adding “you probably wouldn’t choose to wear Google Glass to a Prada party.”

“I think, in wearables, there will be new devices,” he explains. “Much like the tablet market there will be low-priced entrants that will come in, with lower priced devices as well.

“I think fashion will ultimately decide on which of the premium brands are going to succeed at that space,” he adds. “It’s going to be a very interesting time, but the pace we see this moving at – we see this growing way faster than the smartphone revolution.”

There are parallels between the growth of the smartphone market and wearables, for both enterprise and consumer. As fashion will seemingly have more of a way in what wearable tech products make it or not, so the story went with enterprise mobility. The consumerisation of IT meant that employees didn’t want the work-bought option for office use.

“If you wind the clock back five years, BlackBerry was very dominant in the enterprise...they didn’t keep up with that innovation”, Spearing says, adding that the iPhone was a “beautiful” device compared to its competitor at the time.

The consumerisation of IT meant employees could – dare we say – enjoy performing tasks on their phone, and become more productive in the process. For wearables, the sky’s the limit according to Spearing.

“You’ve got to start dreaming about the art of the possible here,” he says. “When you get a package delivered, you need proof of receipt so the shipping company can go back to the provider and say ‘we’ve delivered it, now we get paid.’

“A lot of that is done on these electronic, old fashioned tablets that you have to sign, and it’s a bit of a rigmarole. Wouldn’t it be great if you could change it such that the driver, when they deliver the device wearing the Glass technology, for example, they could capture the proof of delivery?

“It’s non-invasive to the person who’s receiving the good, and it’s instant, real-time, straight up to the cloud and into an accounting system.”

Spearing adds: “That’s just one example I was thinking of because I was faffing around signing for something in the pouring rain the other day.” But the possibilities, Salesforce insists, are near limitless. You’ve got an idea, and they’ll provide the platform, resource and community to make it happen; it’s very similar to Salesforce1 in that respect.

The question, though, is how to develop apps for the various wearable devices out there that make best use of the real estate.

It’s not so much a question of aping what’s on your phone for the wearable, rather like enterprise mobile apps shouldn’t just ape the desktop. Companies can make a selling point out of users not being chained to their phone – take Ringly, for instance.

Yet Spearing notes there are a few simple best practices for app developers to take note of.

“You’ve got a much smaller amount of real estate to present information in, and so you have to get across what’s really pertinent, and urgent, and pressing, to allow a decision to be made, information to be shared on the front end – but on the back end, you’ve still got to manage the complexity of that whole application,” says Spearing.

“That’s where I think you can’t just say ‘hey, it’s on your phone, we can give you everything on your phone on your watch.’ I don’t think that’s possible.

“What you can do if you develop correctly is capitalise on the device’s capabilities and what it’s good at, but still provide the richness and functionality of a full application – and I think that’s the skill for developers,” he adds.

So the consensus is clear. Even though wearable technology is still a relatively nascent market, if you’ve got a good idea, make it look attractive, and get the right information out to the front end, you’ve got at least a puncher’s chance of success in a market that will be worth upwards of $8bn by 2018. More so, Salesforce hopes, if you utilise the Salesforce Wear platform.

Bootnote: For those who missed that particular history lesson, the Tolpuddle Martyrs were a group of agricultural labourers who in the 19th century were sentenced to seven years transportation to Australia for organising to gain better working conditions. What they’d have made of wearable technology can only be imagined.