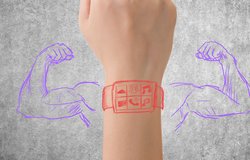 A new piece of research from enterprise health platform provider Jiff argues that employees are ready for wearable devices in the workplace.

The report, which collates data from 14 large employers spanning almost two years of continuous data collection and almost 250,000 employees, shows that 31% were already offering wearable devices for tracking physical activity to their employees, with the number expected to go up to 54% by 2018. To put this in perspective, more employers surveyed... It’s no longer a matter of “if” but “when” for mass adoption of wearables in the enterprise. Whilst they haven’t been mass adopted by consumers, they have a huge opportunity in the enterprise, and the number of organisations already integrating wearable technology into their networks has nearly doubled since 2014 – increasing from 13% to 24%.

Although smartwatches have similar capabilities to... 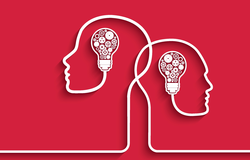 ABI Research has argued in its latest note that wearables in the manufacturing and field services verticals represent one quarter of devices shipped to end users in 2016, while video collaboration software developer Pristine says that more than half of its customers have moved from pilot programs to full-scale production deployments with its smart glasses range.

The forecast from ABI Research notes that shipments of enterprise wearable will increase threefold to top 35 million units in... 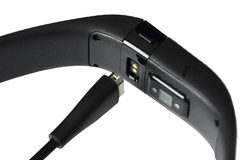 Fitness trackers have the ability to save $1000 per employee based on the results of a study conducted by Springbuk.

The study aimed to calculate the actual return investment of equipping staff with fitness trackers as part of their health and wellness programs, the findings offer a glimpse into how the wearables can not only improve the health of employees...

The Vuzix M300 is designed to address customer feedback from more than two years of productive use of the earlier M100 Smart Glasses. Its advanced ergonomic design and...

A new report from ABI Research predicts that the global wearable device shipments will increase from 202 million in 2016 to more than 501 million by 2021.

Analysts say that 17% of the shipments are attributed to enterprise end users in 2016, which will see the segment to nearly double at a CAGR of 35% by the end of the forecast period. It is also estimated that more than 16 million wearables – from activity trackers to healthcare monitors and from 3D motion trackers to... The global smart glass market is being driven by a shift in demand from passive to active smart glass technology coupled by factors such as growing applications in aviation, marine, and solar power, according to Technavio.

How augmented reality and wearables can ‘re-skill’ the workforce 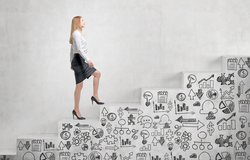 Headlines shouting “Brexit” have dominated the news of late and many analysts have characterized the vote as an “angry outcry” by working class citizens who’ve lost ground financially due to globalisation.

While that interpretation is debatable, it seems indisputable that globalisation has displaced a significant number of workers in many first-world countries. Workers in third-world countries have aspirations to skilled jobs, but may lack access to...

How the wearable computing market could disrupt a plethora of industries 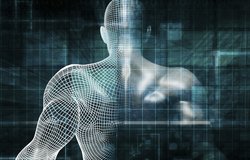 Technological advances in the growing wearable computing market are bolstering growth rates in both consumer and non-consumer markets. This is in sharp contrast to how the scenario was before the present, when wearables were a fringe market of curious devices that were bulky, unaesthetic and impractical for consumer applications.

BCC Research projects that the global market for wearable computing products will exceed $171.2 billion in 2021, on a five-year compound annual growth rate of...

Adoption of smart glasses technology in the enterprise steadily building 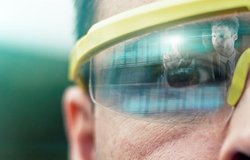 A survey conducted by the Augmented Reality for Enterprise Alliance (AREA), in collaboration with Vital Enterprises, has revealed that adoption of smart glasses could benefit enterprise environments.

Where enterprises in the aerospace, automotive, life sciences and manufacturing sectors are the earliest adopters of the smart glasses technology, the survey shows that adoption of the technology is steadily building.

42% of the enterprises surveyed stated that they will adopt the... 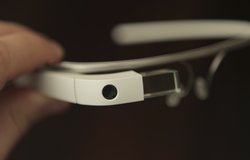 The insurance industry is facing a crisis of talent. Experts hold that retiring baby boomers will leave a void of 400,000 open positions to fill by 2020. Insurance training provider The Institutes revealed that in 2013 the number of employees aged 55 and older was 30% higher in insurance when compared to any other industry. Additionally, 40% of potential employees – high school students – are not keen on building a career in insurance.

In light on this scenario, Erie... 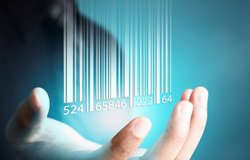 Information management provider Recall has announced it is introducing a wearable RFID scanner program to its inventory at a Recall Information Center in Atlanta.

The technology facilitates continuous audits of Recall customer assets on a daily basis and involves the use of a belt mounted scanner that automatically audits tagged assets.

Technical trials have shown that this new scanning method has enhanced the overall process, as assets are regularly audited while the time needed for... 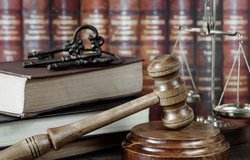 With the very real prospect of smartwatches and smart eyewear entering the workplace in the coming years, the potential productivity gains need to be taken with a pinch of salt in terms of protecting corporate data.

That much is self-evident; but Kate Bischoff, attorney at Zelle Hofmann Voelbel & Mason LLP, argues that wearables “require mindful adoption” from employers and that the risks, in a legal context are “real.”

The enterprise app outlook for wearable technology is expanding rapidly 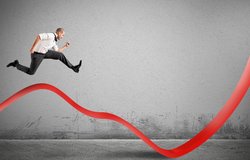 Enterprise use cases for wearable technology appear nascent, yet there is a diverse selection of case studies and opportunities out there.

That’s the view of Tractica in its latest paper on enterprise wearable technology, which features 40 profiles of wearable applications in industry verticals including automotive, field services, and healthcare.

The paper, published in partnership with the Enterprise Wearable Technology Summit event, is essentially a directory of the most...

You wear it well: But businesses need wearables to be smart, secure and compliant 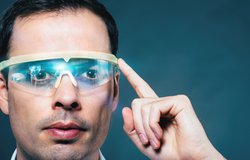 While the rise of fashionable lifestyle wearable devices – tracking your movement, monitoring your heartbeat and even reporting on your patterns of sleep – has captured plenty of headlines and media attention, the business applications for wearables have largely escaped the hype.

Instead, in the business world, the focus has been on the predicted growth of the Internet of Things (IoT) and the need for more machine to machine (M2M) communications. Well, guess what,...

Wearable technology and securing the data: Parallels with the smartphone revolution 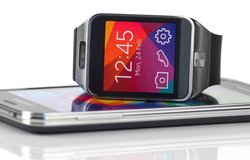 Enterprise employees are looking more and more at using wearable technology in the workplace. A recent piece of research showed that males aged 18-34 and those with children at home are most interested. They either own a wearable or want to buy one – and they want to use it at work.

Unfortunately, it’s not as easy as that. More research papers than you can shake a stick at warn of the dangers of connecting business-critical data to smartwatches. It’s not just the... Not surprisingly, and with one eye on the upcoming... 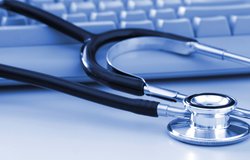