Garmin's Approach X40 should be a hole-in-one for golfers Garmin is no stranger to wearables and has a solution for most people no matter what sport they partake in. The company's Approach range is specifically-targeted at golfers, and the latest X40 is packed with all the features you need to improve your game whether a professional or an amateur.

Previous generations of the Approach have featured a smartwatch-like... 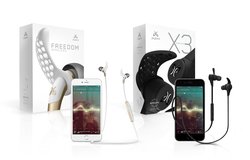 Jaybird manufactures audio wearables for people who live active lifestyles, but more importantly they’ve been acquired by Logitech ahead of what seems like the inevitable removal of the standard headphone jack in the upcoming iPhone 7.

Judd Armstrong, founder and chief executive officer of Jaybird, said, “It has been an incredible journey. We love what we do, and we’re stoked to continue to... 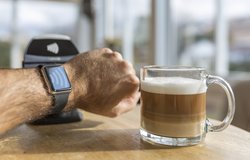 Many of us are expected to utilise our wearables for payments by 2018, if projections by Juniper Research are correct. The research firm expects contactless payments through wearable devices to reach $95 billion annually by 2018, up from less than $35 billion last year.

Apple’s entry into NFC gave the industry a much needed boost, and could well be seen as... Research and Markets has forecast that the global wearable medical device market will reach $27.8 billion (£19.8bn) by 2022.

According to the report, the market growth will be driven by rising prevalence of medical conditions such as hypertension and obesity. A sedentary lifestyle will also boost the demand for such devices, as well growing health awareness.

The demand for wearable technology will also grow, driven by rising incidences of diabetes and other chronic conditions that... A new report from Argus Insights argues that consumers are more satisfied with wearable hardware than the apps it contains.

Though wearable technology is extending itself from wrist-worn devices to include shirts, tattoos, hats, shoes and other forms, actionable collected data is the key feature that counts, according to the researchers. The survey covers over 136,000 consumer reviews of wearables devices and applications from November 2015 to February 2016. 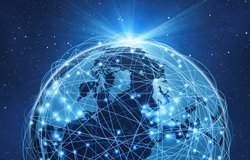 Fossil Group is planning to launch over 100 wearables products covering eight brands in 40 countries by the end of 2016. The wearables, slated to feature in over 20 languages, will include display and non-display watches and trackers. The company will support the wearables with branded apps across all brands, three product categories, and two operating systems.

Fossil chief strategy and digital officer, Greg McKelvey, said: “One of the distinct advantages of a fashion company... Shipments of wearable devices across the globe are expected to see a 38.2% year on year increase and reach 110 million by the end of 2016, according to the International Data Corporation (IDC) Worldwide Quarterly Wearable Device Tracker. The market will grow on account of the pervasiveness of new and different wearable products. However, the main focus of the wearables market will continue to be smartwatches.

The combined total of watch and wristband shipments will increase from 72.2...

Opinion: "Sleep invisibles" offer a window into your health

Sleep has long been and – to a great extent – still is the most commonly overlooked necessity of life.  Like the air we breathe, the water that sustains us and the food that nourishes us, sleep is critical to our health and well-being. Yet, it is the one commodity that few of us have enough of and, too often, is the first thing sacrificed in our hectic lives.

New research from the International Data Corporation (IDC) has examined wearables ‘intenders’ – consumers who plan on purchasing a wearable product in the next six months.

These consumers are expected to play a leading role in the next surge of wearables adoption in the US. The survey’s data is based on a poll, undertaken by IDC's Buyer Behaviour Practice, of 1,500 Americans who intend to purchase a wearables product in the next six months. Wearable technology is finding a range of innovative ways to improve our wellbeing, and the UPRIGHT Pose is the second device we've tested just this year so far which aspires to fix our posture.

For a reminder, in January we put the Lumo Lift through its paces and found it to be a capable although sometimes finicky device. Whereas the Lumo Lift is designed to be worn near your...