Motorola invited us to a launch event in London where the company unveiled their range of VerveLife wearable devices. The line-up is focused on the more active of consumers and consists of new smart headphones along with interesting entries into the sports camera market.

“We are proud to launch VerveLife, a collection of wearable, wireless, and waterproof devices designed to give ultimate... Wearables today are limited in their flexibility due to current widely-adopted materials being unable to carry the current required for electronic devices. Many researchers have attempted to overcome this hurdle with nanomaterials, but a new ultrathin film could be the most promising advancement yet.

An international team of nanomaterial researchers...

Research: Safety devices will drive wearables beyond fitness – phones will be 'just screens' 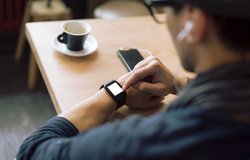 Ericsson surveyed 5,000 smartphone users in Brazil, China, South Korea, the UK and the US for a ConsumerLab report on the views of the 280 million smartphone users around the globe about wearable devices.

During last year's I/O developer conference Google unveiled a couple of early innovations to improve how we interact with our wearable devices in the form of Project Soli and Project Jacquard. At this year's event, Google has demonstrated how the projects have developed since.

Project Soli employs a radar-based system to detect small movements around the device – such as finger gestures – and uses the motion... 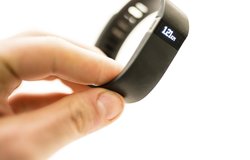 Fitbit, the leading wearable vendor according to recent IDC figures, has announced the acquisition of wearable payment assets from financial technology provider Coin.

The firm has no plan to incorporate the technology into Fitbit’s current product roadmap, however according to a press release it “accelerates [the] ability to develop an active NFC payment solution that could be embedded into future Fitbit devices.”

“We are focused on making wearable devices... 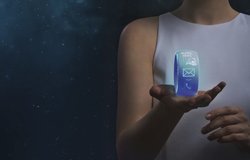 The total shipment volumes of wearable devices grew 67.2% year on year to 19.7 million units during the most recent quarter, according to analysis from the International Data Corporation (IDC), with Fitbit continuing to lead the pack.

The figures, from the IDC Worldwide Quarterly Wearable Device Tracker, found Fitbit continues to be the leading vendor, followed by Xiaomi, Apple and Garmin, with Samsung and BBK tied for fifth spot.

Wearables sales in UK to total five million units in 2016 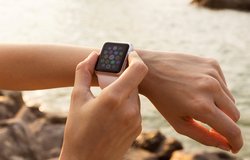 According to the latest report from CCS Insight, approximately 10 million wearable devices will be operational in the UK by the end of 2016, with five million sales and the overall figure tripling to almost 33 million units in the next four years.

Fitness trackers will lead the way in terms of volume with sales of 1.7 million expected in 2017, according to the researchers. However, in terms of value, smartphone companions such as the Apple Watch will be the leading category, worth... 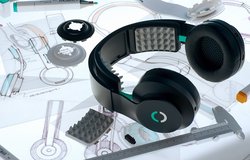 On-stage during TechCrunch Disrupt NY, a startup known as Halo Neuroscience has demonstrated an impressive wearable device which utilises pulses of energy to improve athletic performance.

Halo Sport uses a technique called 'neuropriming' whereby a small amount of electrical current is applied to a wearer's brain via electrodes in contact with the scalp. When focused correctly, this stimulation helps to...

Everyone has the latest wearable interface, their skin 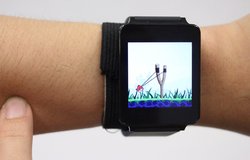 Researchers at Carnegie Mellon University have established a way to make skin the next user interface for technology – solving the issue of small displays on most wearables.

Current smartwatches are more powerful than their interfaces allow them to be. When you cover most of the display with a single finger, it limits what interactions you can perform with a device. A team at the Future Interfaces... 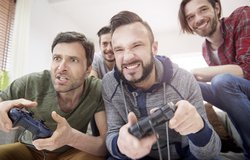 Newzoo has released new research which looks at the VR purchase intention of consumers across 16 countries, and found a link with eSports fans in particular.

Virtual sports enthusiasts represent 45 percent of those who intend to purchase VR, which goes...