£210k up for grabs for startups in wearable tech competition IC Tomorrow, a UK-based programme for growth in the digital sector, has announced the launch of a £210,000 innovation prize for startups and small businesses based around wearable devices and smart fashion.

The contest offers £35,000 in funding and the opportunity to trial a product with a big name in the industry. Sponsors include Disney, who heads up the ‘wearables for kids’ category; McLaren, who along with Loughborough University is marshalling the... 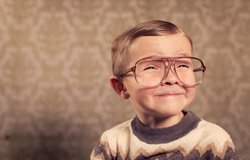 A study from Reportlinker on the wearable electronics and semiconductor market has agreed the current state of wearables for enterprise is far stronger than the consumer equivalent.

The report analyses the different industry sectors, market drivers, demographic factors and emerging markets, and notes the difficulty of sizing up a market which is so nascent and contains so many potential offshoots.

For the purposes of the report, Reportlinker classifies a wearable computing device... Interestingly, Nike fell out of the top five... 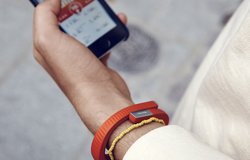 The UP3 offers a wide variety of goodies, including a multi-sensor platform which provides a user’s resting heart rate, and is designed to capture more health data as the platform updates. It also has a ‘smart coach’ mode, whereby the band...

Microsoft has just unveiled their fitness band with the most sensors of any wrist-worn consumer device yet. In total, the "Microsoft Band" packs 10 different types including sensors which allow it to measure heart rate, stress levels, and even UV exposure.

But not a company to sit still, Google has announced the tech giant is working on perhaps the most important and innovative solution yet, cancer detection. Google has developed a "nanoparticle pill" which they will incorporate with a... 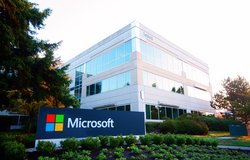 But it's possible that Microsoft has shown their device already. Marvel's Agents of SHIELD is a TV show laden with the company's products - whether...

A wearable tech app store? Garmin’s going for it with Connect IQ GPS provider Garmin has launched Connect IQ, a platform for developers to build apps which connect with Garmin’s wearable devices.

It’s an interesting move for the firm whose series of wearable devices, outside of fitness trackers, struggles compared to other vendors. As a result, the fact they’re looking for third party developers to beef up their offering is an understandable one.

“As an early mover in the wearables market, we are excited to open up the Garmin...

Wearable Intelligence puts $8m aside for Google Glass in hospitals Wearable tech startup Wearable Intelligence has shovelled $8m in the direction of bringing Google Glass to the enterprise after the latest round of venture funding.

The latest round, led by Lightspeed Venture Partners, has been documented in this filing to the US SEC (Securities and Exchange Commission).

Intel drives the future of healthcare with disease-monitoring wearables The most common wearable device today, the smartwatch, is being targeted as the optimum place to keep track of our general health and offer ways we can improve our lifestyle - if we wish. This is great, but there are those out there with more serious ailments which must be monitored continuously or face more serious symptoms than an inflated waistline.

Chip manufacturer Intel is partnering with the Michael J. Foundation, who specialise in Parkinson's disease research, to offer their own expertise in the...